Just as we used to do when we confessed our sins a thousand years ago, I should say, "Father, I accuse myself that instead of going to see my mother, I went to take pictures of the river."

Because that's what I did last Tuesday and that is why I got to her home a bit later than I was expected.
The fact is that as soon as I parked my car in calle Alhamar, I realized that the sun was setting and the last light was falling precisely on the facade of this beautiful old house in Calle San Anton, just where I had attended lessons as a primary school pupil.

It has always been a magnificent house and when it was made the headquarters of one of those modern schools of design communication, they left it really pretty.

After I had put the parking ticket on the car windscreen, I took my camera out of my bag and started to take pictures. Then I went to look for more light and more pictures by the bridge on the Genil river. "I could not resist, father," I was telling myself to justify my delay. 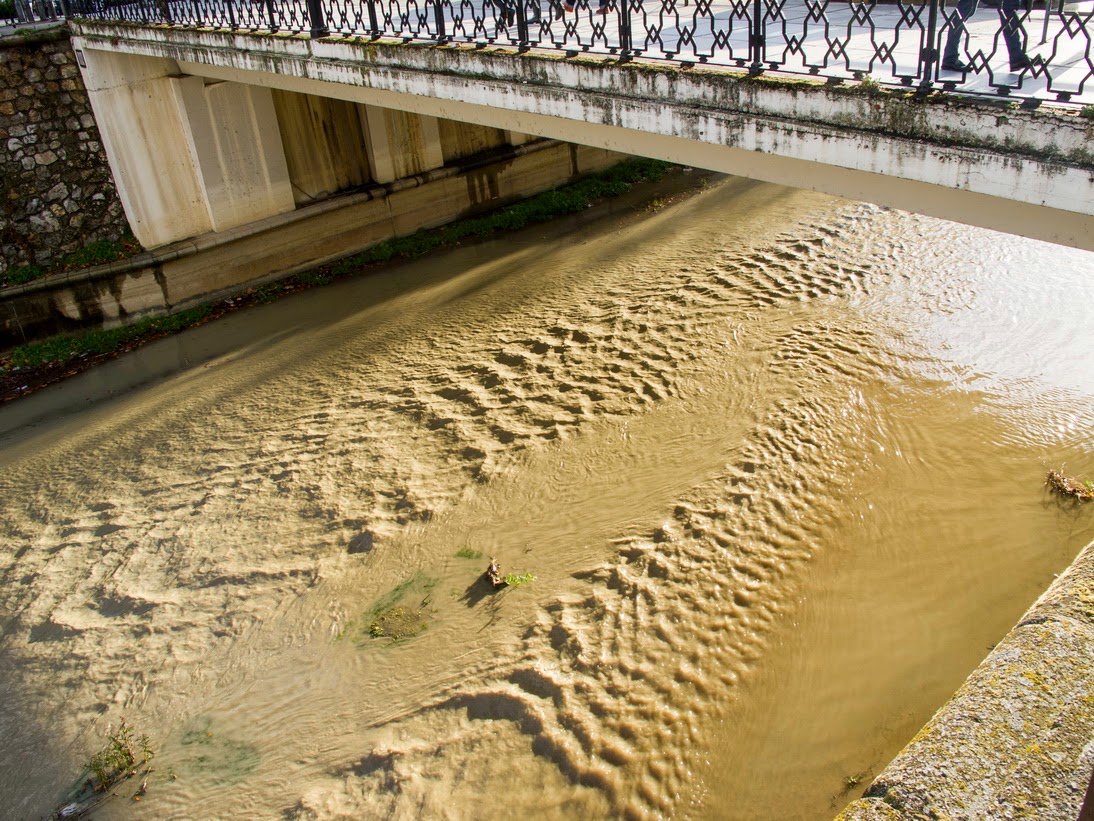 The afternoon light in autumn in Granada is always very photogenic.
I could see the Genil river, the Barranco del Abogado , the district on the background, the trees in the Violon Park, the people walking on the bridge, the reflections in puddles, the honey-coloured ground. All these things together usually make good pics
"I think, father, that it was worth it". It all took me only fifteen minutes.  I got what I expected. And I have no regrets. 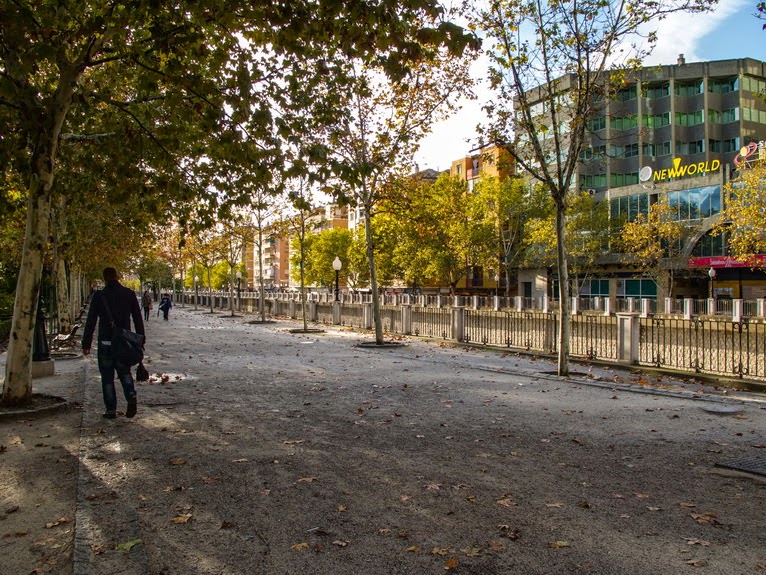 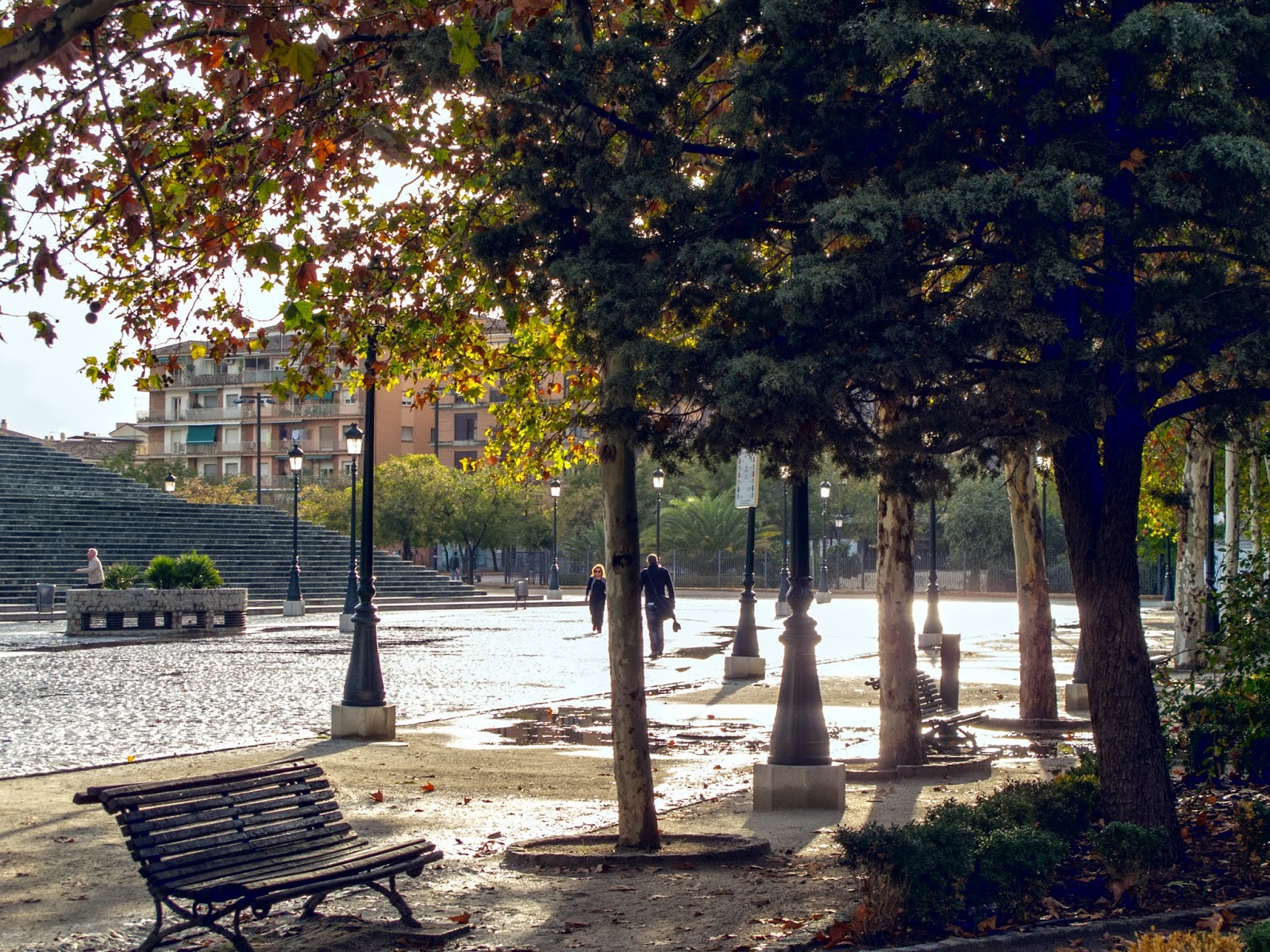 Look, judge for yourselves. I think you understand me, don't you?

Este blog ya ha cumplido sus diez primeros años.
Para celebrarlo intentaré escribir en inglés algunos posts.
This blog is already ten years old
I will try to write some of the posts in English too.